Monday, November 27th, 2017 and is filed under YouTube Videos 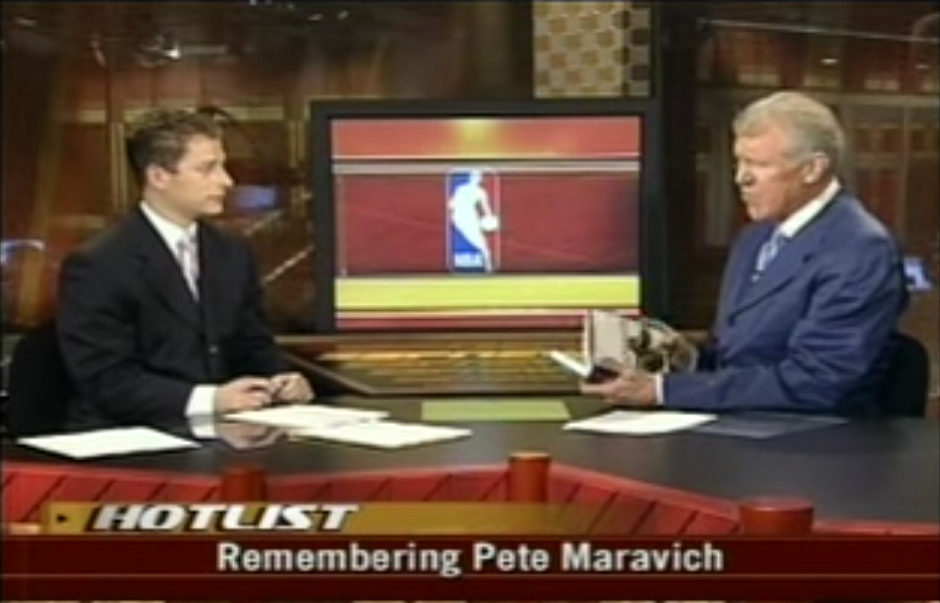 Steve Bunin: The great Bill Walton, the Hall of Famer. Later on today’s show, Richard Jefferson is gonna talk with us. And the author of a new biography about Pete Maravich, the late Pete Maravich. So, we’re gonna…we’ve got that book here.

Bill Walton: This is an incredible book. There are so many facts, so many stories. I was a great personal friend of Pete. We were never teammates. I played against him a lot. But this book has been so interesting and entertaining to me. I’m a avid reader, and this book has captured my imagination. And if…I put everything else aside as I just power through this everyday. I can remember when Pete got traded from Atlanta, where he started his career, over to New Orleans when the team went down there as an expansion team. And they had never won a game. They were 0 and 14, and they were like the worst team in the league. Otto Rohr was the center, and he couldn’t do anything. But Pete was just lighting him up. And the Portland Trailblazers, we’d go in there. We had a team. And it was not the championship team, but we had a good enough team. And we were pounding them early, way up at half-time. And Pete in the second half just takes over, and he goes absolutely wild. He’s playing one against five. And he’s up and down the court, shooting jumpers, hooks, full-court, behind-the-back passes through guy’s legs, he’s just everything. And then the very last play of the game, we’re up one, and Pete dribbles up. Four of our guys go chasing, because they know he’s not gonna pass it. And he’s falling out of bounds, and he shoots it as he’s tumbling over the row of fans in the corner.

Bill: And I am standing underneath the basket waiting for the last rebound of the game. We’re gonna win the game, and they’re not gonna win a game ever, the New Orleans Jazz. And the ball swishes perfectly through the net.

Steve: What a special player.

Bill: He’s unbelievable. And he reminds me a lot, if you can compare him to anybody, to Steve Nash today. Although, Pete was much bigger. Pete was 6’5″. And much more athletic, in terms of the jumping ability until he tore his knee up. I mean, that really changed everything for Pete. Amazing about Pete, 44 points per game, career, for three straight years in an era with no 3-point line. Dale Brown, who coached at LSU after Press and Pete were there, Dale Brown went back and charted all the games with the running score, you know, Maravich free-throw, Maravich 22 foot jumper, Maravich lay-up. And he calculated that with the current college 3-point rule at 19’9″, Pete Maravich would have averaged thirteen 3-point makes per game, which would have given him a career average of 57 points per game under today’s rules. That guy is unbelievable. We love him, we miss him terribly. What a great fiend, what a great human being.

Steve: The late Pete Maravich. And his wife gave some access that she hadn’t before to any author, so it really is a great read. We’re gonna have, again, the author on in a moment and…

Bill: Check this book out, Maravich, by Wayne Federman and Marshall Terrill. I know it’s gonna be on another segment, but the pictures, the stories, the history. I can’t believe…I’m blown away by how hard these guys worked, Federman and Terrill, to put this together. This is a great story. Stuff that I had no idea went down.