Friday, March 10th, 2017 and is filed under Uncategorized, YouTube Videos 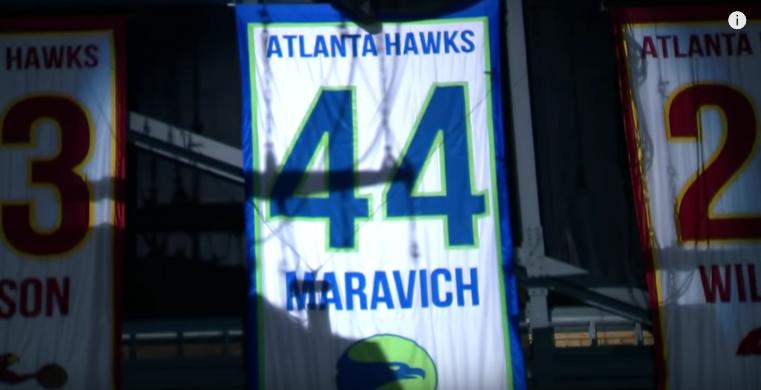 The Atlanta Hawks retired the number 44 Pete Maravich jersey at halftime during the game on March 3, 2017. ‘Pistol’ Pete Maravich is now the fifth player in Hawks’ franchise history to have his number retired.

Pete’s wife, Jackie, and their son Josh Maravich spoke during the ceremony. Josh said, “Whenever I hear his name my heart tingles. As long as there is an NBA, there will be a Pistol Pete Maravich.”

Jackie Maravich said, “This will be his last jersey retired and this cements his greatness.”

Despite only playing three years at LSU, Pete’s college record of 3,667 career points is a record unlikely to be broken any time soon. He also averaged 44.2 points per game and led men’s college basketball scoring for three straight years.

Pete Maravich died of a heart attack on January 5, 1988 while playing a pick-up game of basketball at only 40 years of age.